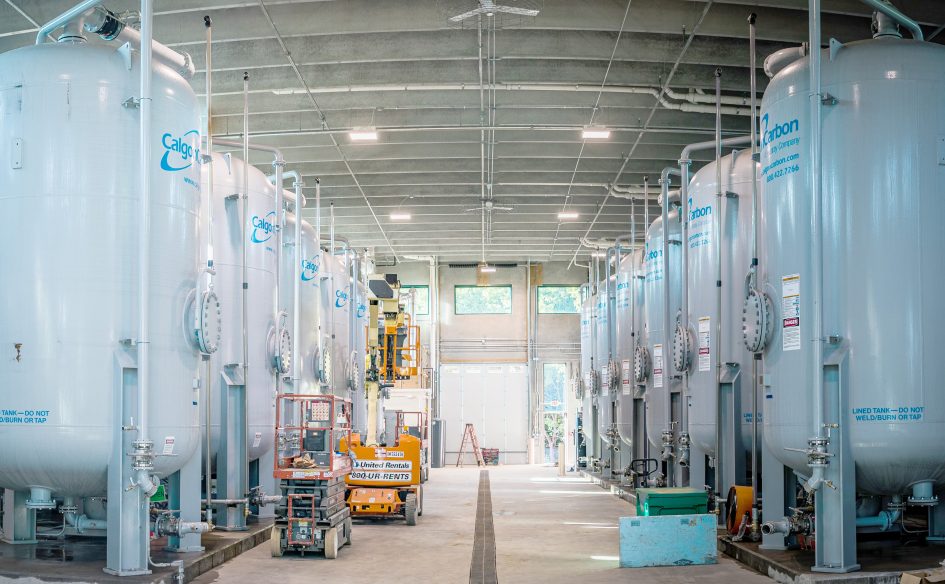 The City of Woodbury removed seven wells from service due to the levels of PFAS. This significantly reduced the City’s production capacity and ability to meet peak demand during summer months. In early 2020, Woodbury’s City Council approved a plan to build a temporary water treatment plant before peak summer water usage began.

A southeast suburb in the Minneapolis-St. Paul metro area aggressively tackled the issue of per– and polyfluoroalkyl substances (PFAS) within the past two years after finding levels higher than the Minnesota Department of Health’s water quality limits in seven of the City’s 19 municipal water wells.

The City of Woodbury is one of several cities and townships impacted by a lawsuit filed in 2010 by the Minnesota Attorney General against the 3M Company for contaminating drinking water and natural resources with PFAS. In 2018, the State of Minnesota and 3M reached an agreement, resulting in an $850 million grant funded by 3M to address PFAS contamination in the affected communities.

PFAS are a group of synthetic chemicals that have been used in products since the 1940s. According to the U.S. Environmental Protection Agency (USEPA), most people have been exposed to PFAS due to their prevalent use in products such as nonstick cookware and flame retardant materials. The USEPA says high levels of continued exposure to PFAS may lead to adverse health effects. The 3M Company made PFAS at its Cottage Grove, Minnesota facility until 2002. PFAS waste disposal occurred at multiple sites in Washington County, which has been determined to be the source of PFAS contamination in the groundwater relied upon for Woodbury’s drinking water supply.

The move to rapidly construct a temporary treatment plant, and bring online by early June, allowed Woodbury residents to enjoy the summer of 2020 without additional water use restrictions being implemented and enforced. “Proper coordination, communication and timing were critical in bringing the plant online before the high demand summer months. During the entire process, Woodbury’s drinking water met all current state and federal standards and guidance values for PFAS,” says Jim Westerman, City of Woodbury Utility Manager.

A multi-faceted approach is key to successful implementation in any project, especially a large-scale and ambitious plan like this. Vollmer credits Jacobs Engineering for its PFAS treatment expertise in the facility design. Additionally, AE2S Communications and the City of Woodbury have worked together to provide clear and timely communication with residents about the ongoing process of PFAS mitigation. “The City has done a great job communicating with residents and Council members about the PFAS mitigation efforts, as well as thinking of the future impact on drinking water,” says Vollmer.

AE2S continues to work with the City of Woodbury on the long-term PFAS solution for the community. Currently, a comprehensive water system study is being developed to ensure that Woodbury moves forward with the best solution for them and the City’s water supply for years to come.

“PFAS contamination and the regulations around it are highly variable as new data emerges, so a proactive approach allows for adaptability to the everchanging regulatory environment,” says Vollmer.