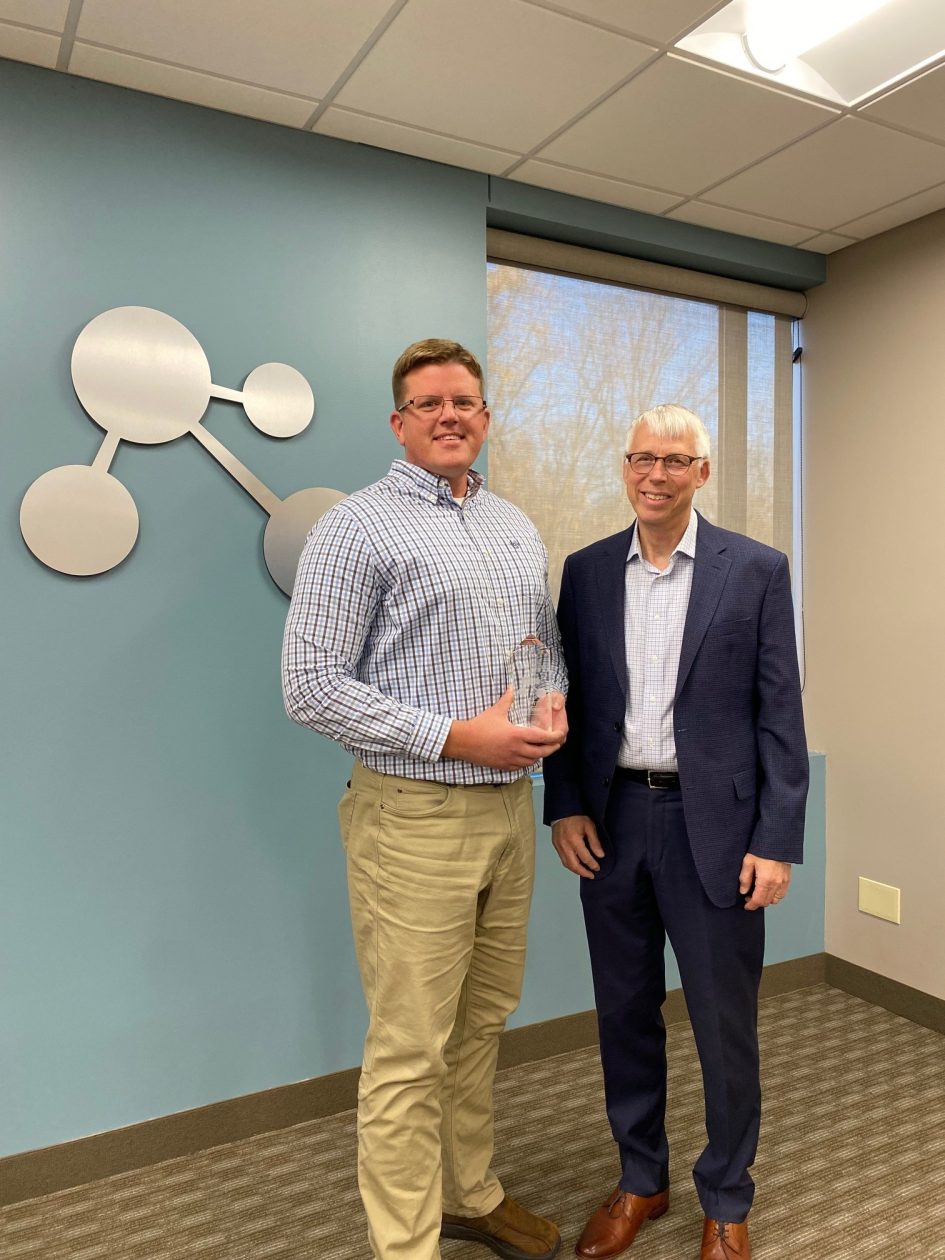 Steve Seibert with Charlie Vein, the namesake of the Charles S. Vein Core Values Award. Steve is the first recipient of the AE2S award.

“Throughout his life, Charlie has embodied these traits and led by example to create a culture based on these six values,” said Grant Meyer, CEO. “This award emphasizes how important our core values are to AE2S’ continued success by celebrating Employee-Owners who model these values each day.”

“When you talk about the core values of AE2S, Steve embodies every single one of them. Attitude and passion – that is Steve in a nutshell. No matter the task – big/small, in the office/out of the office – Steve is 100% in with a great attitude. When you’re working with Steve, everything is to a new level and it’s fun,” explained Nicole Gaustad, Senior Marketing Specialist.

“I’m absolutely humbled by this. I am so grateful to be here at AE2S. Charlie has been such a blessing and positive influence,” said Steve as he accepted the award. “I just want to thank everyone I work with. Work is easy when you work with your friends.”

Sixteen years ago, Steve became the first staff member hired for AE2S’ new Maple Grove office. His service in the Air Force strengthened his innate drive, dedication, loyalty, and leadership traits. The devoted husband and father of two also makes time to volunteer in the community. He has served as a Den Leader for the Maple Grove Boy Scouts and made sure to include lessons in engineering to his pack members over the years. 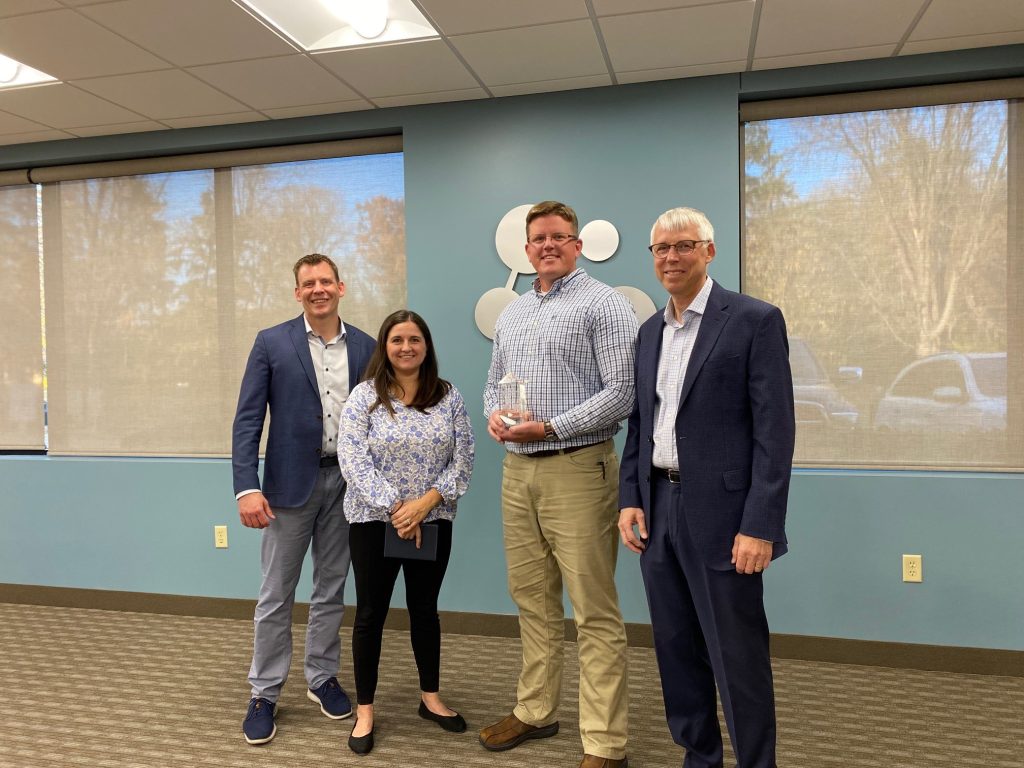