Seeing Is Believing: Documentary Educates the Public on Need for Permanent Flood Protection 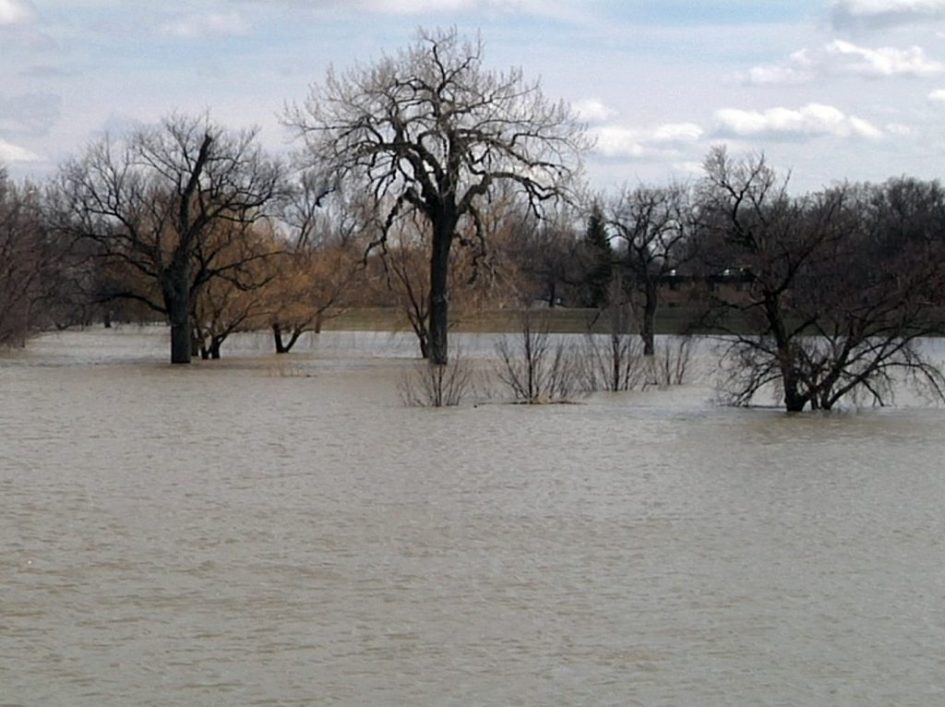 With its vast expanse of flat land and dramatic weather patterns that can bring feet of snow or rain depending on the season, North Dakota is particularly prone to flood emergencies. The Red River Valley, on the far eastern side of the state, has experienced some of the most highly publicized flood fights since the historic 1997 flood overwhelmed the Cities of Grand Forks, ND and East Grand Forks, MN. That crisis led to a permanent flood protection project, which includes a levee/floodwall system combined with a diversion channel and pumping stations. Grand Forks and East Grand Forks are now well-protected when the Red River rises.

One hour by interstate to the south, chronic Red River flooding continues to threaten Fargo, North Dakota and Moorhead, Minnesota. In 1997 and again in 2009, the two cities that operate as one metro area barely survived. They remain largely unprotected from a 100-year flood today. Particularly in 2009, when the Red River crested at 40.82 feet, emergency measures included nearly 70 miles of flood barriers created out of various materials, including earthen levees and sandbags. In all, more than 7.3 million sandbags were used to protect and ultimately save the area from the devastation experienced by Grand Forks just 12 years prior.

“I remember during the flood of 2009 when I was helping monitor some of the emergency levees protecting the City. Roads were blocked off, schools were closed, and businesses were not open. Protecting people from floodwaters with emergency measures is stressful and something I hope we never have to solely rely upon again,” says FM Area Diversion Project Executive Director Joel Paulsen. “Like COVID-19, floods disrupted daily life and left lasting impressions on our families, school children, and infrastructure.”

The 2009 flood led to the development of a permanent flood protection project called the FM Area Diversion Project that aims to protect the lives and livelihoods of residents in Cass County in North Dakota and Clay County in Minnesota. The Metro Flood Diversion Board of Authority and U.S. Army Corps of Engineers together with Cass and Clay Counties; Cities of Fargo and Moorhead; and Jacobs, AE2S, and HMG engineering firms have worked together over the past 10 years to develop a plan to divert water around the metro area that serves as the economic hub of the region. When completed in 2026, the $2.75 billion project will protect over 235,000 people who live and work in the Fargo-Moorhead metro area.

As with any large infrastructure project, accurate and timely communications is an important and necessary part of educating the public. AE2S Communications has been working with the Metro Flood Diversion Board of Authority since its inception to provide services including website design, content, and maintenance; monthly newsletters; media relations; event planning; and social media management. Recently, AE2S Communications added documentary creation to the list of services. Rocky Schneider, AE2S Public Affairs Strategist; Tammy Jo Anderson Taft, AE2S Communications Specialist; and Cody Schuler, AE2S Digital Marketing Specialist created a 30-minute documentary called ‘The Relentless Red’, which takes a look back at the historic flooding that nearly devastated Fargo and Moorhead in 1997 and 2009 and the heroic efforts that saved them.

“Flooding can cause long-lasting damage to local economies and can create havoc on people’s day-to-day lives. However, flooding is one of those problems that most people only consider in the spring as the snow melts and the rivers rise. Once summer is in full swing, it can be easy to forget about the flood risk that is still present in your community,” explains Schneider. “The use of imagery, like the documentary ‘The Relentless Red,’ is an important tool to help make sure the long-term problem of flooding is addressed now, and not put off until next spring when the community is once again rolling the dice that the Red River stays within its banks.”

The documentary combines compelling media coverage of the flood battles over several years and interviews with Metro Flood Diversion Board Members, as well as current and former City leaders who experienced the desperation and anxiety of the flood fights firsthand.

“‘The Relentless Red’ is a vivid and poignant reminder of the threat of flooding for residents of the Fargo-Moorhead metro area. It is a fascinating compilation of historical perspectives, summation of the progress achieved and an outline of the necessary path forward to achieve permanent flood protection. ‘The Relentless Red’ effectively captures the thoughts of the volunteers, elected leaders and community members who have rallied together to battle the rising Red River,” says Gregg Schildberger, City of Fargo Director of Communications and Governmental Affairs.

“The documentary commemorates the hardworking people of Fargo-Moorhead who strive to reduce the risk of flooding and courageously won the fight against past floods, while also reminding residents and informing new residents of the flood problem that still exists and that needs to be addressed,” says Schneider.

The documentary was released to the public in late April 2020 and has been viewed almost 8,000 times on social media. ‘The Relentless Red’ can be viewed at YouTube.com/FMDiversion. You can also learn more about the FM Area Diversion Project on the project website: https://fmdiversion.gov/. 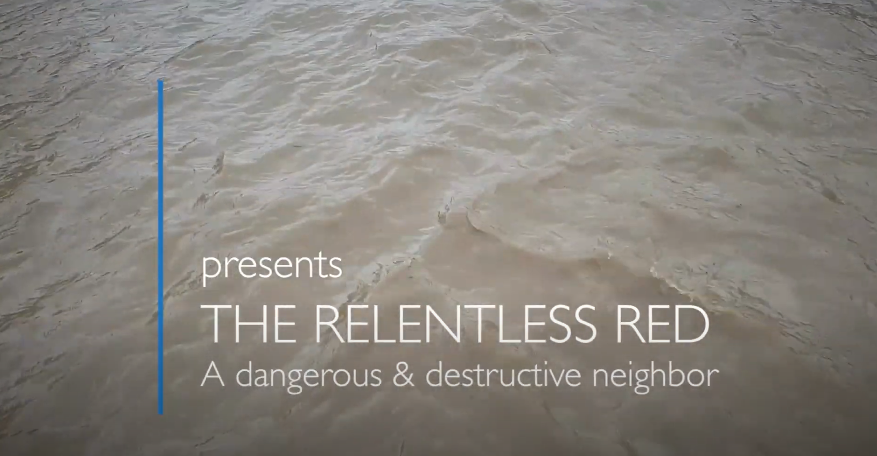