Pump Station Upgrades to Save City Thousands Per Year 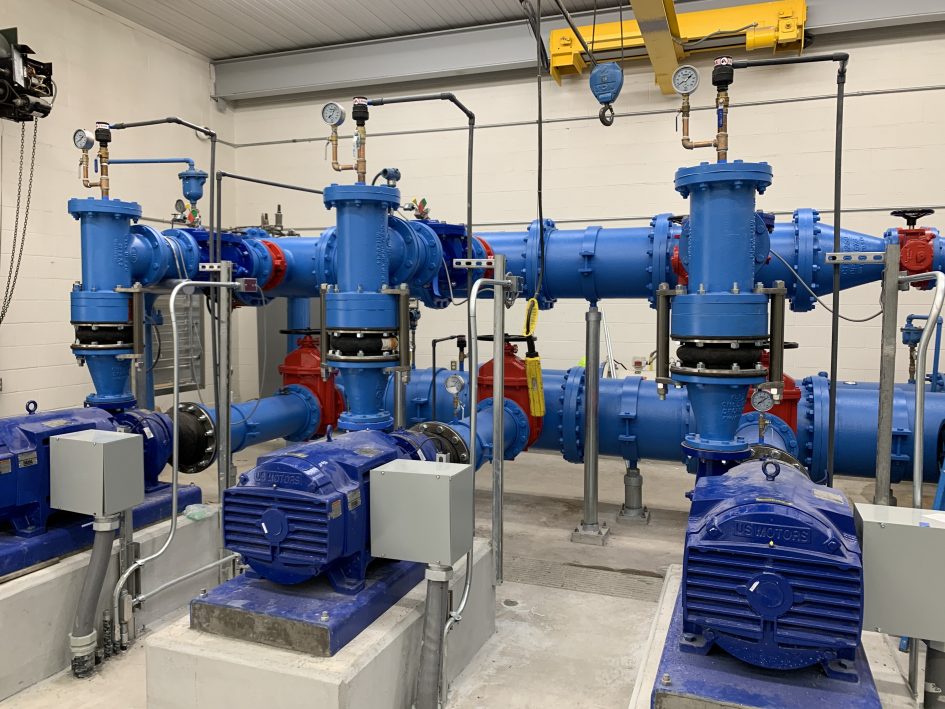 The City of Herriman, Utah recently upgraded the heart of its water distribution system, the Rosecrest pump station, to ensure adequate capacity for the rapidly growing community.

Herriman City, Utah will save thousands of dollars per year on the operational cost of a pump station thanks to the completion of an in-depth alternative analysis study and the successful completion of recommended pump station upgrades.

The rapidly growing town in southwestern Salt Lake County has increased from a population of 1,523 in the 2000 Census, to an estimate of more than 65,700 people in 2021. Just within the past decade, the population has more than doubled. The growing population means more drinking water capacity is needed to supply the homes and businesses where people live and work.

In 2020, Herriman City selected the engineering consulting firm, AE2S, to complete an alternative analysis to address maintenance and capacity concerns related to the existing horizontal split case pump configuration at the Rosecrest pump station.  Rosecrest is the heart of the City’s distribution system; therefore, downtime had to be minimized to limit the impacts to residents.

Built in 2004, the pump station is the oldest in the Herriman City distribution system. It was originally designed with two pumps to meet peak demand with one pump on standby. The existing pumps were identical, rated at 150 HP and 1,500 gallons per minute capacity. Due to the rapid population growth, all three pumps needed to operate to meet the higher demand for water and maintain adequate storage tank levels. This operating condition left no redundancy in the event one pump had to be taken out of service. The increased use also caused excessive wear on pump shafts and bearings, requiring a lot more maintenance and repair. Additionally, the flow control equipment was reaching the end of its useful life and required replacement.

An in-depth analysis of operating costs conducted by AE2S showed significant opportunity for cost savings with the use of variable frequency drives (VFDs). “Due to space constraints, capital and operating costs, constructability, and other factors, the design team selected an end suction centrifugal pump configuration with motors controlled by VFDs,” explains Sam Fankhauser, AE2S Project Manager. In addition to operating cost savings, AE2S worked closely with the local power company so the City could receive incentives to make up for the cost difference between VFDs and soft start motor controllers.

The construction sequencing initially provided a challenge to the project team. AE2S brainstormed with the contractor, Nelson Brothers Construction, and the City to create a commissioning schedule that allowed as much work to be done as possible while the existing station remained in operation. With close coordination and innovative construction sequencing, AE2S, Herriman City, and Nelson Brothers Construction developed and executed a plan within weeks to successfully commission the new Rosecrest pump station.

All target operational parameters including flow rates, pressures, and pump speeds were met or exceeded during the station’s startup and commissioning. The new pumps require only a fraction of electrical power compared to the previous configuration, which ultimately results in approximately $8,000 of projected annual operating cost savings for Herriman City.

“This process from the alternative analysis through construction has been a tremendous experience. The AE2S team has proven to have extensive experience and shown great dedication to our project. We feel confident this project will lead to long term operational cost savings and a reliable facility for many years,” Justun Edwards, Herriman City Director of Public Works.