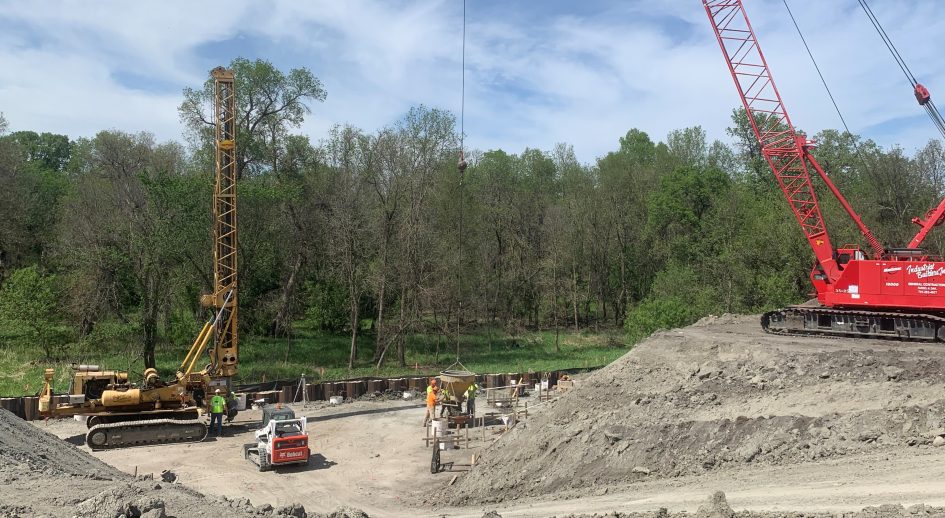 Drought mitigation is a hot topic right now as most of the western half of the United States is experiencing abnormally dry to exceptional drought conditions according to the U.S. Drought Monitor. In North Dakota, the majority of the State is in the severe or extreme drought categories. Thankfully, a drought mitigation project that will provide communities and water systems from central North Dakota to the Red River Valley in the eastern part of the State is currently under construction.

“North Dakota’s climate is so variable that we often see floods and droughts in back-to-back years. Since last fall, we have been in a dry cycle. Climatologists have predicted we will experience another Dust Bowl style drought by 2050,” explains Duane DeKrey, Garrison Diversion Conservancy District General Manager. A 10-year dust bowl style drought would have a $32 billion impact on North Dakota’s economy.

The pipeline will begin at the Missouri River near the City of Washburn, North Dakota and continue along the Highway 200 corridor to the Sheyenne River. The 72-inch pipe will have the capacity to convey water at 165 cubic feet per second (cfs) during peak operation. The project is designed to safeguard the water supply for nearly 50% of North Dakota’s population.

The RRVWSP is needed because surface water supplies in central North Dakota and the Red River Valley are limited and unreliable, particularly during drought conditions, and the State’s limited groundwater supplies are nearly fully appropriated. Thirty rural water systems and communities signed up for the development portion of the RRVWSP, which will provide an emergency water supply during moderate and severe droughts, as well as a supplemental water supply for industrial use. When complete, the RRVWSP will provide a supplemental water supply to protect public health and meet critical municipal, rural, and industrial water demands.

The 10-year construction plan aims to have the RRVWSP completed and providing much-needed drought protection by the year 2030.