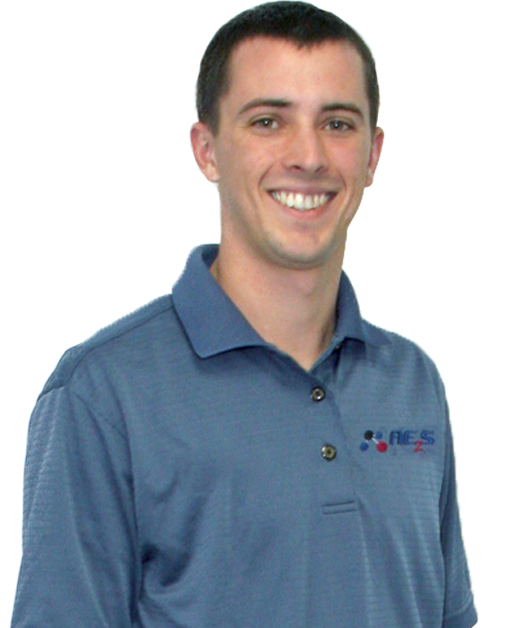 Dustin Dale is the Operations Manager of the AE2S offices in Rapid City and Spearfish, South Dakota. He considers himself fortunate to be involved in a wide variety of projects from survey and site design to roadway projects, to treatment facilities to billion-dollar infrastructure programs. “I’ve worked most of my career in project development and construction phases, throughout all disciplines,” he says.

“AE2S is passionate about what we do, and we are very invested in our projects. A project’s success or struggles really mean a lot to us,” he explains. “My favorite part of what I do is working with a group of people who come together to collaboratively work on a solution bigger than themselves.  I’m lucky to be able to work with so many people, both municipalities and coworkers, who devote their careers to improving the quality of life for communities.”

Dustin earned his bachelor’s degree in Civil Engineering from North Dakota State University in Fargo, North Dakota. “I enjoyed math and science growing up, but also liked being outdoors, which is why I focused on Civil Engineering,” he says. “I had a great summer job working for the City of Fargo that furthered my interest, and then several really great professors at NDSU led me to pursue the water/wastewater path.”

One of Dustin’s favorite projects was early in his career. “The County Road 20 Lift Station was the first large scale project out of college I worked on.  At the time it was the largest lift station in North Dakota, and I think it still is,” he says enthusiastically. “There were so many great features built into that lift station from operational flexibility, SCADA control, future expansion, and even the excavation effort required to construct it being almost 50 feet deep.”

Dustin, his wife, Cassandra, and their three sons moved from Minnesota to Rapid City almost seven years ago when he was promoted to Assistant Operations Manager, followed by Operations Manager less than a year later. “Our team in Rapid City has some great projects. I’m most closely involved with the new Sturgis Water Resource Recovery Facility (WRRF). The project provided great opportunities to work with the City of Sturgis and the State of South Dakota,” says Dustin. The Sturgis WRRF is unique because it is the first membrane bioreactor facility and first SRF-funded project delivered via the Construction Manager at Risk delivery method in the State of South Dakota.

He has been active in the Water Environment Federation (WEF) and the American Water Works Association (AWWA) since college. Dustin continued in the North Dakota Sections of both organizations when he graduated and is now active in the South Dakota Section of AWWA. He most recently serving as the SD AWWA past chair (2021-2022).  He is also the Vice President of the Rapid City Regional Airport Board of Directors.

Originally from Trenton, Ohio, which does not get much snow and then attending college in North Dakota, which is extremely flat, Dustin did not have many opportunities to ski prior to moving to the Black Hills of South Dakota. When his sons were introduced to skiing two years ago, they fell in love with it. Dustin had his first ski lesson last winter and says he has a long way to go to catchup to the rest of his family. However, the Dale family also enjoys camping, an occasional round of golf, or a day of hunting.

Dustin rediscovered running a couple years ago after a friend told him about the great local running community in Rapid City. He did his first trail race earlier this summer and will attempt his first triathlon over Labor Day. No doubt he will be as successful meeting his triathlon goal as he has been reaching his professional goals.