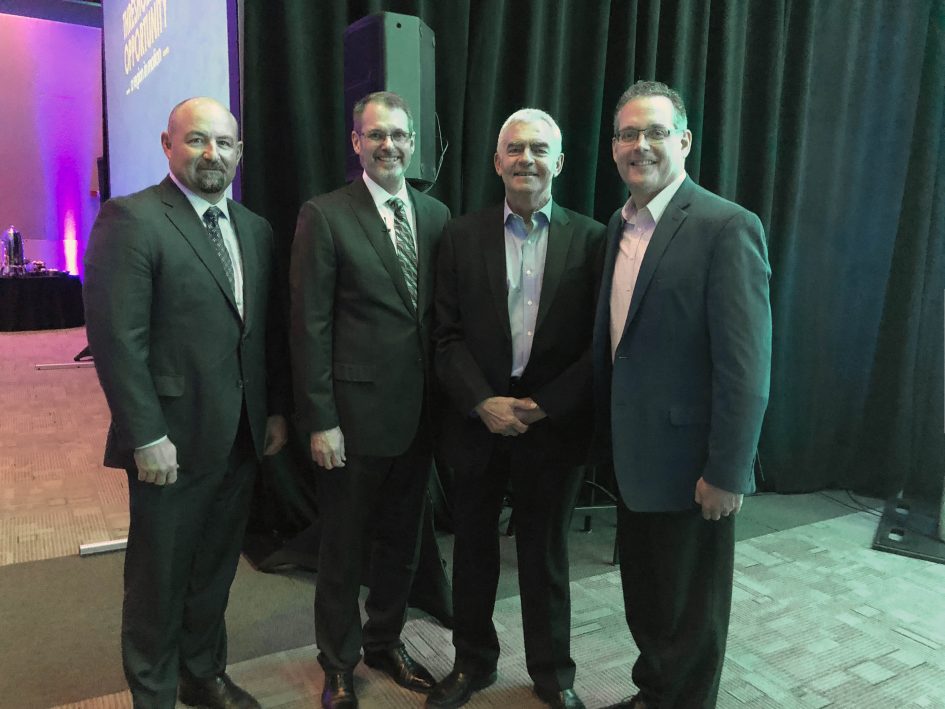 The EDC says the Impact Award recognizes “a person who, by his or her actions, invests time and talent to improve and/or enhance the economic growth of the region.”

Steve explained he was asked to join the EDC Board after an engaging discussion with the EDC President during a travel layover in the Minneapolis airport. Although he has had numerous rewarding volunteer opportunities, Steve described his service to the Greater Grand Forks Region EDC as one of the most rewarding to date.

During his acceptance speech, Steve identified three key dimensions of economic development: vision, collaboration, and hard work. All three are necessary for success. He emphasized the collaboration with the City of Grand Forks as one of Klaus Thiessen’s legacies and a significant strength of the City.

Steve also underlined the importance of volunteering one’s time to benefit the community where one lives. He followed it up with a pitch to attract new volunteers. “I strongly encourage others, including the younger generations, to get involved in a similar capacity,” said Steve.

Keith Lund, President and CEO of the EDC, was quoted in the Grand Forks Herald as saying, “He is one of the most visible and effective community leaders we have here in Grand Forks. Steve has really demonstrated his effectiveness as a community leader.”

Steve served on the EDC Board from 2008 to 2017, most of those years serving as Board Chairman. He currently serves as Co-Chair of the Valley Prosperity Partnership, an organization that promotes economic development along the Red River Valley corridor, from Wahpeton to Grafton, with an emphasis on collaboration between Grand Forks and Fargo.