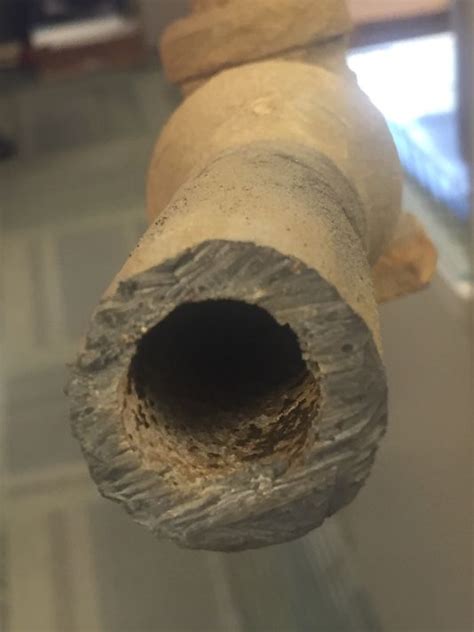 The water crisis in Flint, Michigan sparked concern across the nation in 2015 when it became widely known that lead entered the water supply from plumbing fixtures and aging pipe infrastructure, causing elevated levels of the heavy metal neurotoxin and rendering the water unsafe. Events like these cast a spotlight on plans for the revision of the Lead and Copper Rule (LCR) of 1991. There had previously been short-term revisions to the rule in 2000 and 2007, but a comprehensive overview of the regulation by the U.S. Environmental Protection Agency (USEPA) and the National Drinking Water Advisory Committee led to further revision recommendations, which are likely to be released for public comment in the near future. The revisions to the LCR could potentially include revised action levels, updated sampling protocol, and mandated lead service line replacement.

It is encouraging to note that despite lead in water concerns continuing to be discussed in the news and via social media, Flint has been steadily removing lead from its system. Since 2017, the City on average tested well below the Federal action level of 15 parts per billion (ppb), according to Michigan Public Radio. As for other communities, concerns remain about the potential for lead and copper in the water supply due to aging pipe infrastructure across the country. Even if the lead levels are below the Federal action level, it is generally in the public’s best interest to replace lead service lines and components as aging infrastructure continues to deteriorate.

This thought process was the motivation behind the decision of the Public Works Department for the City of Bozeman, Montana to begin a comprehensive lead service line replacement project. John Alston, Bozeman Water and Sewer Superintendent, is leading the initiative. He was motivated to make sure the City of Bozeman was proactive in preventing lead contamination in the community’s drinking water. The City’s approach was to get out in front of any potential issues, identify the lead components, and organize a targeted replacement effort over a set time period. There are no detectable levels of lead in the City’s source water, which comes from Middle Creek, Middle Creek Reservoir (Hyalite Reservoir), Sourdough Creek, and Lyman Creek. Therefore, any lead contamination is a result of corrosion of materials containing lead in the water distribution system and in household plumbing.

According to the City’s 2016 Water Quality Report, “Solder used to join copper pipes contained lead before 1986, and brass and chrome-plated brass faucets can also contain lead. Some pipes made of lead were used in the early 1900’s to connect houses and buildings to the water mains (service lines).” Although the regulation specifically addresses lead and copper, significant copper contamination has not been detected in Bozeman. Nate Weisenburger, AE2S Drinking Water Practice Leader, says copper in drinking water primarily results from the corrosion of copper pipes, similar to how lead enters the water.  The effects of corrosion can usually be mitigated by adjusting the treatment of the water at the water treatment facilities to render it less aggressive on the pipes. Additionally, lead in drinking water is usually of more cause for concern due to the known toxic effects to humans when consumed. Given the lack of significant copper contamination and ongoing health concerns related to lead, the effort in Bozeman was primarily focused on replacing lead service lines.

The City of Bozeman carefully monitors its water quality to ensure stability and reduce the likelihood of corrosion of pipes, since corrosion is what typically leads to harmful metals leaching into the water supply. The City’s practice has been to completely remove and replace lead service lines from the main to the residence. The Bozeman Lead Service Line Replacement Program was a significant challenge to be undertaken, so the City developed a comprehensive plan to achieve the goal of replacing all lead pipes and service within a set timeline. The project officially began in May of 2016 with the goal of replacing all identified lead service lines by spring of 2020. The plan involved establishing an inventory of lead in the system, estimating the costs, developing the timeline, prioritizing the plan with the City Commission, and communicating the benefits of the project with residents.

The City identified 170 service lines, or fewer than two percent of the City’s total service lines, that contained lead. Only a handful were at or above the USEPA action level for lead contamination, which were prioritized for replacement along with eleven others in 2016. The City has been diligently working with residents to replace other identified lines even though the lead is technically below the action level and replacement is not mandated. The reasons for systematic replacement as opposed to immediate replacements are staffing and financial planning, as well as coordination with residents.

“The City of Bozeman is going above and beyond by proactively replacing its lead service lines in advance of Lead and Copper Rule revisions. This approach is commendable considering the effort represents a very significant financial investment. AE2S was informed of the approach during the completion of the water system facility plan for the City and helped plan for the future,” says Weisenburger. Partnering with Alston and the City, AE2S helped make sure that the Lead Service Line Replacement Program was included in the Capital Improvement Plan and budgeted for accordingly. Shawn Gaddie, AE2S Nexus Division Manager, and his team conducted rate planning to ensure adequate revenue is available to fund the project.

Throughout the project, communication and engagement with Bozeman residents was, and continues to be, of the utmost priority. Hearing the phrase “lead in water” is always a cause for concern, so it was important to reach out to the community to help inform residents how action levels work and what the City is doing to ensure safe drinking water. In 2018, to assist with the communication strategy as well as overall understanding, AE2S hosted a webinar with the goal of informing clients about the implications of upcoming Lead and Copper Rule revisions. John Alston presented a well-received case study about the steps the City has taken.

Additionally, in a 2018 literature review, the American Water Works Association (AWWA) commended the City of Bozeman for the lead communication efforts by saying, “Less than half of utilities went beyond the basic language suggested by the EPA. Of these, the following utilities offer useful model content that runs the gamut from explanations on the relationship between plumbing and raw water quality and corrosion control treatment; types of monitoring undertaken by the utility; and what individuals can do about it.” AWWA also featured an excerpt from the City of Bozeman’s 2016 Water Quality Report to serve as a model for other communities.

When asked about the motivation behind the City’s proactive approach, Alston responded, “Our philosophy is that customer safety is the top priority.” He explained that he and other City staff thought it is important to begin systematically replacing the identified lead service lines before the action levels became a concern. Alston mentioned his assistant, Nick Pericich, and Interim Water Plant Superintendent, Jill Miller, to be key in successful implementation of the lead service line replacement project.

Replacing the entire line from the water main to the meter is the best practice, as partial replacements have been shown to aggravate remaining lead in the plumbing and causing increased entry to the customer’s water supply. Alston acknowledges that the City was fortunate to own all of the lead service lines, so they were able to efficiently implement the replacement project. According to Alston, “The bottom line is that lead service lines are just not reliable. Even if the lines are not yet causing harm to customers, it is important to proactively remove them to eliminate any potential future issues.” Through the coordinated effort of multiple City departments and a supportive community, the Bozeman Lead Service Line Replacement project looks to be a success that is on the road to completion next year.

As other communities embark on similar endeavors, it will be important to stay aware of upcoming legislation that will affect lead service line replacement projects. The USEPA submitted the revised LCR to the Office of Management and Budget in June 2019. Once it is approved, it is expected that the revisions will be made available for public review and comment. Subscribe to The Update, AE2S’s regulatory compliance newsletter, to stay on top of these changes.

In the meantime, Weisenburger advises public water systems to take the following steps to be proactive:

To learn more about the Lead and Copper Rule revisions and implications, visit www.ae2s.com/rlcr.php or contact Nate Weisenburger.